Web3 Is The Internet of The Future, Which Is Why You Need To Know About It 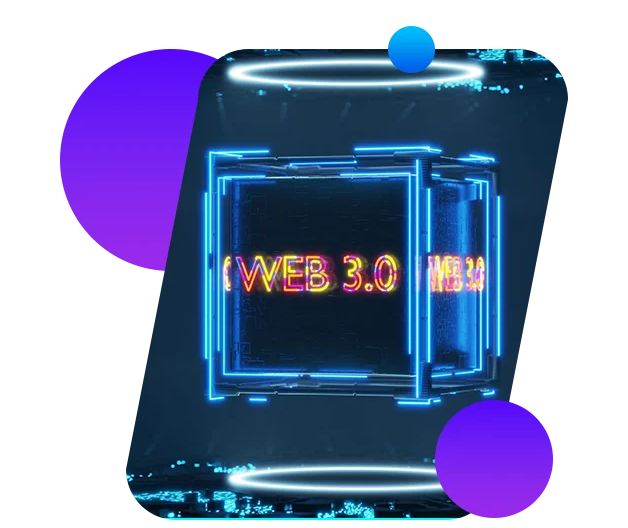 Web3 is the most latest type of the internet. That implies the following, along with what to expect and when it will occur.

What is it? – Web3 Web3 is the most recent version of the internet. That seems important, and it is, but there won’t be a new internet in its place. Instead, it calls for improving what we already do. Don’t worry if you don’t understand virtual reality or if you either adore or detest it because there will be something for everyone. Web3 will have an impact on the metaverse, how we purchase (AI might pick out the best VR gear for us, for example), and how well we protect our data in the future.

How the Internet has changed

There have so far been two distinct internet versions. The first version of the internet, referred to as Web 1.0 or read-only web, ran from 1989 until the early 2000s. The information on the website was only there to offer information; there was no interaction between the visitor and it. You have the option of publishing your own pages online or browsing those of others. Now I’m done. The sole means of communication were emails. The information was stored on a server and was only accessible by a computer.

The internet evolved into Web 2.0, sometimes referred to as read-write web, over time. In 2004 it gained acceptance, and it is still in use today. This version allows users to interact with what they see online through social media, comment areas, and other methods. In addition to being stored and accessible just on personal servers and computers, 2.0 information can now be kept in cloud storage (hosted servers) and accessed by tablets, mobile phones, and even your refrigerator.

In light of this, the simple answer to the question “what is Web3 (Web 3.0)” is that it is the next stage in the evolution of the internet, following Web 2.0. We can already see glimpses of what this development will eventually look like, even though there isn’t a clear explanation of what it will involve.

Like its predecessors, Web3 is building upon and expanding upon earlier internet generations. This refers to the read-write-own or read-write-execute form of the internet. Decentralization, privacy, machine learning, and safety are just a few of the developments that will have an impact on the Web 3.0 ecosystem.

Blockchain is said to require decentralisation to function. Billy Huang, a co-founder of Luna Market, claims that ownership of items on the internet will be documented on the blockchain, an openly accessible data system that is transparent and allows anybody to see what is going on inside of it.

Blockchain applications allow for the registration of digital assets (also known as “NFTs”) and tokens (also known as “crypto”), allowing for the easy transfer of digital goods without the need for a third party. Users can opt to link their blockchain wallets, which you can think of as your Web 3.0 ID, to their personal data in order to reveal their genuine identities, but this is entirely up to them.

The main difference between blockchain technology and prior infrastructures is databases. In the past, databases were controlled by a single individual or organisation that had complete authority over the system. They might be able to influence how the data is changed and kept, which might lead to fraud and errors. However, blockchains enable anybody to create systems that anyone may examine. Everyone can understand the technologies they are engaging with and develop relationships with app users by being open to everyone.

Another element of Web3 is encryption. Essentially, it ensures that only the intended users have access to the data. We will continue to use encryption as the internet matures to ensure that data can be both privately owned and publicly transparent. We already employ encryption to protect our internet information.

The concept for a third element of Web 3.0 first emerged in the 1990s. According to the notion, computers would be able to contextualise information similarly to the human brain. In addition to just understanding what the information is, AI (artificial intelligence) would be able to understand the meaning and emotion behind it, giving humans access to it in a more complex way than search engines already do.

AI might, for example, use your preferences and style to find you the best pair of shoes at the best price, just like a human personal shopper would. Additionally, it might be able to purchase a car or arrange a trip on your behalf before presenting you with options that are highly customised.

AI might be used to create important products like new medicines or goods using this complex learning process.

How might everything work together in the metaverse in the end?

One potential use is the secure and open registration of digital assets by creators in the metaverse, such as sound, music, immersive experiences, and games.

Additionally, depending on your preferences and personality, Web3 Development Firm might be able to design for you unique metaverse worlds or games.

An example of a Web3 company, network, or platform

A problem with Web3

Do Web 3.0’s shortcomings exist? Actually, it’s too soon to say. This new internet technology is still developing. But there are theories.

Some claim that DAOs may be chaotic. Without someone or something in charge, things like hate speech and false information, for example, could get worse since no one will be there to regulate them. Issues may finally be resolved with the help of policies.

Even while DAOs reject the restrictions of centralised authority, they must implement governance principles, especially data governance. Proper data governance is crucial for security, access, collaboration, and other factors as DAO organisations only operate online. DAOs are based on digital information and operate with it. Making sure that this data is correctly kept with a specialised tool is the most crucial thing to take into account when picking governance standards.

How Web3 could impact your life

One day, your data will be yours, and you can use it to enhance your life. Businesses may gather your personal data every time you conduct a search or make an online transaction.

AI may become your own personal butler by using the data you control to create experiences that are tailored just for you. You might be able to develop original worlds and video games with AI.

There may be a lot that Web3 brings about, but some overarching themes are already emerging. Moving away from “big data” and toward giving the consumer more flexibility and security is already happening.

Web 3.0 could appear exciting and a touch daunting, but it’s important to remember that big changes won’t happen quickly. As version 1.0 turned into version 2.0, so will the internet as we currently know it eventually change into the new version. Most users will find it easy to change because previous online features will still be available, and we might not even be aware of it. According to some observers, it will take at least 5 to 10 years to get there.