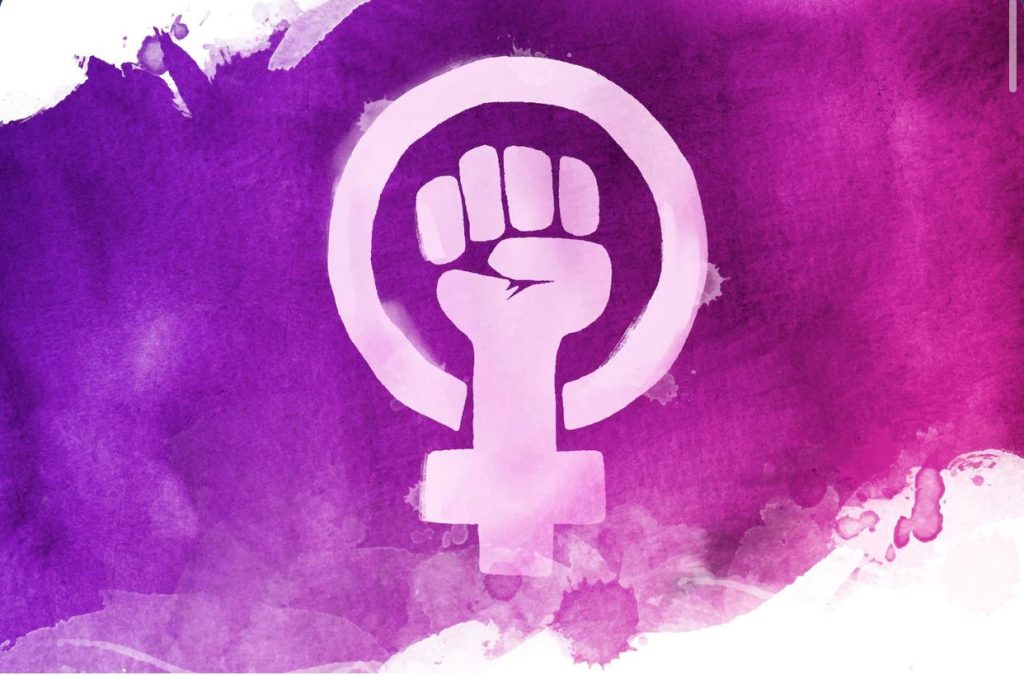 Introduction:-
In the modern era, where technological advancements have taken over the primitive modes of communication. Today we see an online surge of content via popular streaming websites or social media applications linked with the dynamics of the internet making this world a hotspot of global village. Where concepts which were once alien to the societies/communities are portrayed to the masses via the internet and forums for ideological exchanges are created.

In regards to Pakistan, the cultural fabric has been largely exposed/evolved by the western influences. These influences through the means of media are largely responsible for the behavioural changes of Pakistani culture in the aftermath. Most popular notion that has surfaced in the premise of Pakistan in recent past years is the concept of “FEMINISM” and women empowerment which is largely neglected by the patriarchal ideological groups of the conservative state. On the contrary, modern-day feminism and media has educated the masses in forming a popular narrative in the favour of feminism making a segregation between the labelled conservative and liberals. However, this essay is a critical analysis for unravelling the phenomenon of how media can be held accountable for surging the concepts of feminism in Pakistan.

The roots of feminism are generally traced back to the early 19th and 20th century in regards to political rights, whereas the second and the third waves of feminism have surged between 1960s to 1990s. These waves mostly had different personal or societal based reasons but yet were inter-related originating initially from the United States and United Kingdom reaching to the globe in the aftermath of technological advancements and availability of digital literature archives and mainstream content libraries. The fourth wave however, started in 2008, which took the modes of contemporary oppression against women breaking the shackles of patriarchal notions using social media to vocalise the echoes of revolution.
Recognising “ME-TOO MOVEMENT” as a significant product of 4th wave feminism created an essence of solidarity and assured the masses that they are being heard across the borders reshaping the conventional methods of feminism.

Today we can clearly say that feminism sets the notion of Accumulation theory, that tells us that feminism as an ideology has been roaming for a long period of time, but by the third wave the attitude and practices of the masses started to change.

Rationale:-
Media other than being a tool of providing information, education and entertainment has been a powerful tool for taming society as directed by Louis Wirth and Talcott Parsons. (JANOWITS, 1975, 3) In more simplified words, we know that the media is responsible for shaping our opinions linked with our subliminal or major opinions. As it has the power to add notions or opinions about alienated concepts to a certain society’s consciousness without them having to notice, ultimately shaping the culture collectively. (DAKROURY, 2014, 3) This shows us that media and culture are co-related. Media has the power to alter the depiction of text and images in our collective consciousness from the producer’s perspective of the content which gets enforced in our psyche through the reasoning of Hypodermic Needle theory. Feminism and women empowerment has cultural impacts projected through media which can be positive towards certain attributes of the society as well as on the opposite.
If we further develop the rationale, we have numerous examples of media portraying the elements of feminism while challenging the norms of the general societal perceptions. An example is the 1960s Kenwood Chef Mixer advertisement where a wife is wearing a Chef hat hugging her husband from behind with a text written below “The chef does everything but cook-That’s what wives are for.” creating a psychological narrative that only women should be the housemakers (JOHNSON, 2017, 4) Whereas Betty Friedan’s work “The Feminist Mystic” was of great significance for the waves of Feminism in which she questioned about the discriminating roles of women in the mainstream movies which were mainly sexually passive, dominated by males and showed the elements of nurtured maternal love.

Now if we look at the entertainment aspect of the media, we have come across some notable examples which also created a positive environment that led to the basis of fundamental feminism in the modern era. Historically we have seen films like SeaShell and ClergyMan (1928) Marianne and Juliane (1981), The Gold Diggers (1983), Vagabond (1985), The First Wives Club (1996), GI Jane (1997), Mulan (1998), Legally Blonde (2001), Brave (2012) etc these movies have gave new perspective to the notions that women are only housemakers, revolutionising the misogynistic minded sets of the general masses and have created a psychological urge for the individual to question themselves on such notions of patriarchy.

According to Neuendorf’s report (2010) women now have more representation by 1960s-12% to 1990-32% these stats show that the media is generally empowering the females through films using subliminal forms of art. (GILPATRIC, 2010, 4)

The impacts of the feminist movement through media also began hitting Pakistan. The primary individual to help women’s rights developments of that time of initial stage was Rangeela, a diverse director and an artist. His genuine concerns drove him into delivering, coordinating and acting in a film named “Aurat Raaj ” that depicts a lady standing firm against her misogynist spouse, leaves the country to join an ideological political group in another country, winds up turning into a pioneer. (OVAIS, 2014, 5) Likewise, during Bhutto’ era, Nusrat Bhutto another known Pakistani women’s activist, a member of the First World Women meeting in Mexico in 1975 on female empowerment said in her meeting that “Women ought to be heard as people rather be treated as wares because of the continuous feminist movement all throughout the globe in the second flood of women’s liberation, United Nations pronounced the decade from 1975-1985 as “Decade of Women” (UN, n.d., 5)

Further movies and docudramas began to be made after the forward influx of women’s liberation began. This actuated online women’s activists. Shirmeen Obaid Chinoy’s “A girl in the river”, film about honour killings and saving Face, a film about corrosive assault casualty, were solid works that made extraordinary effect in Pakistan as well as globally that drove her to win Academy grants for it. (CHINOY, 2016, 5) This prompted a fight in Islamabad in 2014 against honour killings. Later shows like “Zindagi Gulzar Hai”, “Samii “and”Udaari ” made incredible impressions. In an examination by Aftab Associates in Udaari, 69% of the examples understood the significance of women’s financial empowerment and its mindfulness. This again portrays the connection among media and women’s rights. Prior to these movies and even today, the shows that were being made had similar pictures of women as being powerless, adolescent, reliant, guileless, and silly. (FOUNDATION K, 2018, 5)

Analysis:-
The effect of movies on mainstream society has stayed huge in changing the conduct towards women’s liberation. On the off chance that it was not for the movies, the fourth influx of women’s rights probably won’t have begun and women probably won’t have had the option to come out and represent themselves. Be it a positive depiction of an issue or a negative. From above we can see the third wave of women’s liberation achieved changes in mainstream society due to being shrouded in films. The effect anyway on the crowds has been slower in Pakistan as it required some concerns for Pakistan to arrive at the continuous developments. The explanation has been a stage not accessible to each and every individual to speak loudly. The force of social media can henceforth be assessed in activating individuals all throughout the world in the fourth influx of Feminism. Where social media’s effect has been moderately significantly faster than the conventional media. The patterns that began in 2017 like Aurat March held in 2017 came to Pakistan in 2018 in which the coordinator at first chose to keep their characters mysterious. Likewise, MeToo arrived in Pakistan the following year, despite the fact that individuals knew in 2017 about the development yet it’s anything but a year for the social acknowledgment of the development and being considered as “western plan.”

Conclusion:-
The technological advancements have eradicated the barricades of communications hence concepts which were once alien to the closed societies are now easily vocalised on social or mainstream media shaping opinions of the masses, hence giving birth to revolutionary movements within the premise of any affected locality. In the modern era media and culture are embedded through the art of content creation or popular literary archives. Feminism is the notable example that travelled largely through media in the norms of patriarchal societies shaking the foundations of misogyny.